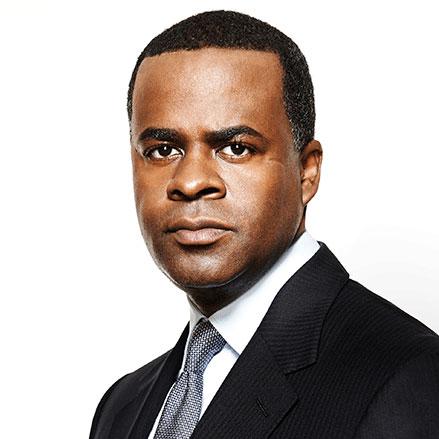 Kasim Reed is the 59th Mayor of the City of Atlanta. He was elected to a second term on November 5, 2013 and took the oath of office on January 6, 2014. Elected with a clear mandate for fiscal reform, Mayor Reed has increased core city services and reduced the City’s spending during the worst recession in 80 years.

Since taking office, he has hired more than 900 police officers and created the largest force in the city’s history, re-opened all of the city’s recreation centers as safe havens for young people and improved fire-rescue response times. Working with the Atlanta City Council and the city’s employee unions, he successfully initiated a series of sweeping reforms to address the city’s $1.5 billion unfunded pension liability. Mayor Reed began his term facing a $48 million budget shortfall; under his leadership, the city has had four years of balanced budgets with no property tax increases, and its cash reserves have grown from $7.4 million to more than $150 million.

Mayor Reed's civic leadership and service have been nationally recognized on programs such as Meet the Press and on news outlets such as MSNBC, CNN, FOX and CNBC, and in publications including The New York Times, The Wall Street Journal, The Washington Post, and Delta Sky Magazine. Mayor Reed has been a guest speaker at numerous national and international conferences, including the Aspen Ideas Festival, Chicago Ideas Week, New York Ideas, New Cities Summit, Clinton Global Initiative (CGI) America, the Gathering of Leaders and recently delivered his first TED talk at TEDCity2.0.

As a champion for Atlanta and the State of Georgia, Mayor Reed serves on a number of advisory committees. He is Chairman of the Transportation and Communications Committee of the U.S. Conference of Mayors and Chairman of the Regional Transit Committee of the Atlanta Regional Commission. In November 2013, he joined Vice President Joe Biden to tour the Panama Canal and advocate for the deepening of the Port of Savannah; Georgia’s largest economic development project to date. He is a member of the Aspen Institute-Rodel Fellowship Class of 2007, Leadership Georgia Class of 2000 and Leadership Atlanta Class of 1998.
Prior to his election, Mayor Reed established a track record of leadership during his 11 years as a member of the Georgia General Assembly. He was elected to the Georgia House of Representatives in 1998 and served two terms. From 2002 to 2009, he served in the Georgia State Senate, where he was Vice Chairman of the Senate Democratic Caucus. He is a former partner of Holland and Knight LLP, an international law firm.

The mayor lives in the Cascade community of Southwest Atlanta with his wife, Sarah-Elizabeth, and their daughter, Maria Kristan. He is a member of Cascade United Methodist Church.