Feature image: Jack Johnson and his team having school lunch at a Mililani school. Johnson is an American singer-songwriter and co-founder of Kokua Hawaii Foundation, a supporter of the 'Aina Pono Hawaii State Farm to School program.

Chef Greg Christian will moderate Greening the School Cafeteria through Public/Private Partnerships (F06—GSCE) at the Green Schools Conference and Expo on Friday, May 4, from 11:15 a.m.–12:15 p.m.

Schools play an important role in reducing food waste and in educating the next generation that natural resources are finite—and that it is our responsibility to protect the Earth. In tossing a partially eaten apple into the trash, we also are throwing away the labor of the farmer; the gifts of sun, rain and soil; the energy needed to transport the apple long distances; and the human care in making sure the apple gets safely to our plates.

The USDA’s Economic Research Service estimates that 31 percent of the overall food supply at the retail and consumer level goes uneaten in the United States. Through data collection, we begin to uncover where waste occurs, and at the same time, to free up the money to purchase fresh, locally grown ingredients. Armed with information, we can discuss solutions and make changes to improve the health of our students, our communities, the environment and the economy.

Start by knowing where you are

Most of the food served in schools across the country is packaged and contains unpronounceable ingredients that kids wouldn’t even recognize. Many schools want to serve better food, but don’t know how. First, figure out what you are wasting, and then reduce the waste in favor of purchasing fresh food.

The ‘Aina Pono Hawai‘i State Farm to School program is a public-private collaborative project working with Beyond Green Sustainable Food Partners, the Office of the Hawai‘i Lieutenant Governor, the Hawai‘i State Department of Education and The Kohala Center to increase the use of fresh, local foods in the public school system.

This semester under ‘Aina Pono, the Kokua Hawai‘i Foundation conducted waste audits at Mililani High School, Mililani Uka Elementary School and Mililani Waena Elementary School for two weeks at the high school and one week at each of the elementary schools. The data revealed that high school students wasted 19 percent of their meal daily, while students at the elementary schools wasted 35 percent and 32 percent, respectively. 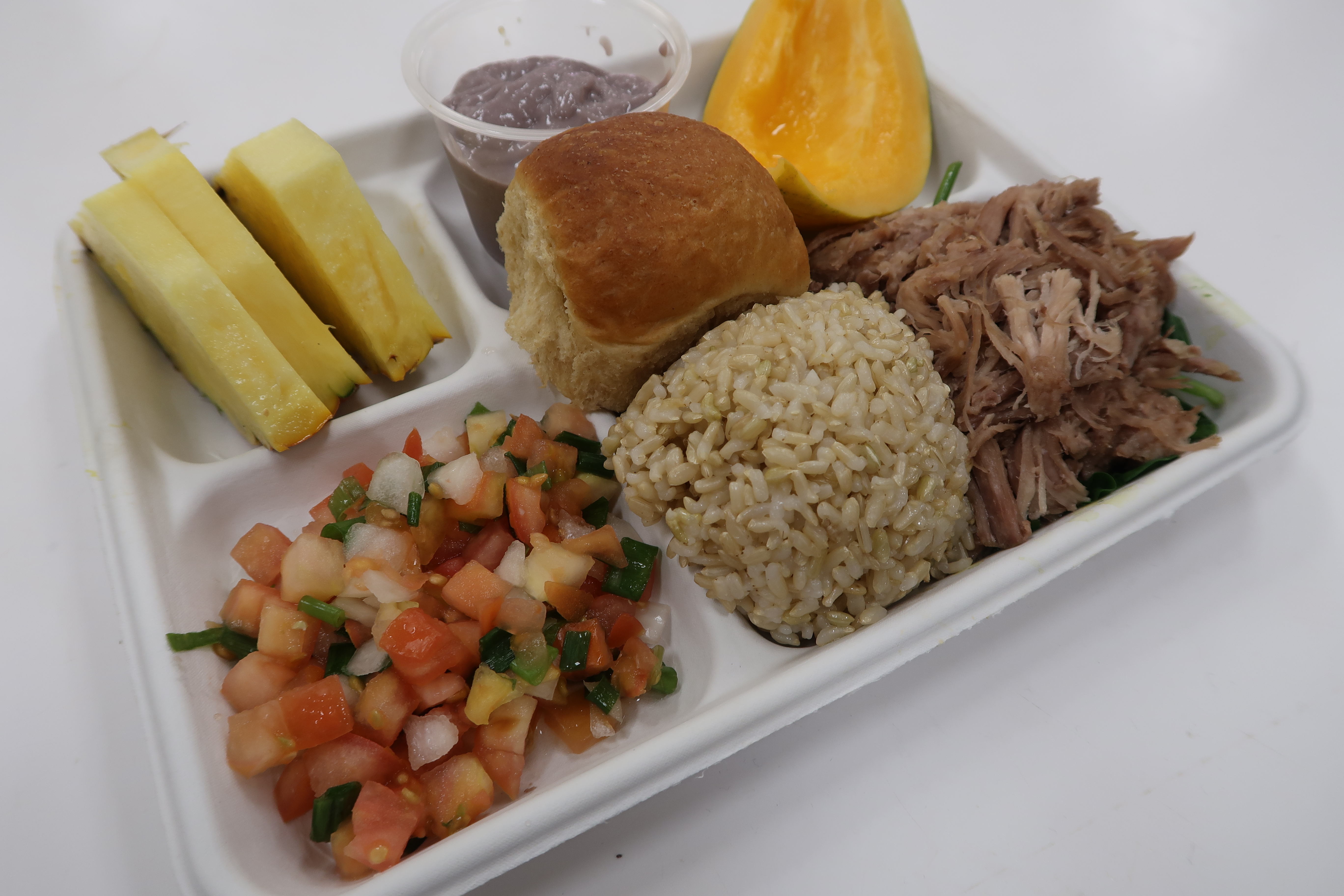 These percentages translate to several thousand pounds of trash every week, along with money and labor waste. To reinvest a third of the school food budget into fresh, local food, we uncover exactly what is being thrown away, compare participation numbers to meals served and measure serving portions.

Details showed that the elementary schools wasted significantly more food than the high schools. All three schools were served the same menu, but the younger children had different taste preferences than the teenagers. Knowing the waste percentages, we can begin to look at long-term solutions, such as different menus and reviving lost cafeterias, as well as at short-term solutions, such as tweaking menu items.

During the Mililani waste audit, we also learned that students throw away 9–21 percent less food on days that serve farm-to-school meals, compared to the typical school meal made from processed foods. This information, used in conjunction with surveys, can help a program fine-tune menus that appeal to kid’s palates and also meet USDA requirements for complete nourishment.

The highest-waste day at the elementary schools produced 279 pounds of plate waste at Mililani Uka and 352 pounds at Mililani Waena. Next, we will evaluate whether to educate students about this particular dish, conduct taste tests to improve the recipe or eliminate the meal altogether.

Amounts of waste similar to these fill cafeteria trash bins across the country. The good news about all this garbage is that we know where we are starting. By making observations and comparisons, you can begin to create a menu of fresh, locally grown food cooked from scratch that will be healthful for all schoolchildren.

Resources for reducing waste in schools